This came across my screen, just as we are searching for ways to use surface design in our Indigo Tablecloths. Fascinating freehand drawing, with dot guides. 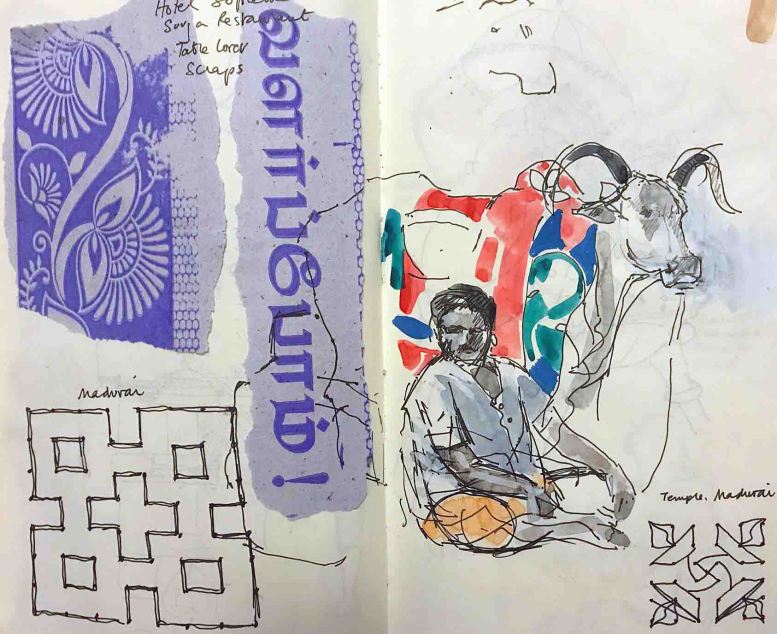 I’m recently back from a few weeks in Tamil Nadu, Southern India and this post strays from dyes and textiles to celebrate kolam. Kolam are the daily drawings drawn freehand at the threshold of houses by women, using rice flour. Designs are sinuous or angular; sometimes figurative, but usually abstract. They incorporate lines enclosing series of dots called pulli. Kolam can be found in many parts of India, where they are known by other names, such as rangoli and muggulu.

Kolam have religious and ornamental significance and there are several websites devoted to explanations on their history, making and meaning – as well as their complex mathematics. I’ve put some links below but I warn you, it’s addictive stuff.

I began to photograph kolam in Tamil Nadu because I was instantly attracted to them for their apparent simplicity, only to find them much too complex to sketch accurately in a busy, scorching street…